Projected onto a screen partially submerged in water, a looped video shows dancers interacting with the surface of the water.

The dance was conceived of by hannah_g and she invited local choreographer, Rachel Cooper, to choreograph the piece. The work was created with two local dancers, Vanessa Hrynchuk and Lia Loewen.

The idea came during hannah’s regular walks along the Assiniboine River where she sees birds and fish paddling, jumping, and swimming. hannah became fascinated by how the surface of the water creates a line between the above and below, the visible and invisible, and how the line moves with the ripples. One morning, an image of dancers interacting with this line appeared in her mind with great force and became the impetus for this project.

First screened at The Forks, Winnipeg as part of Nuit Blanche 2021.

Situated at the junction of the Red and Assiniboine Rivers on Treaty 1 territory, The Forks has been a meeting place for over 6,000 years. Treaty 1 territory encompasses the ancestral lands of the Anishinaabe, Ininew, Cree, Oji-Cree, Dakota and Dene Peoples and is the homeland of the Metis Nation. We are grateful and inspired to share work here.

The project was funded by the Manitoba Arts Council with support from Shelley Shearer School of Dance, Nick and Todd at the Gas Station Arts Centre, Artisan AV, The Forks. Special thanks to Rose Passante, Niigaan Sinclair.

Photo: a still from the video WATERLINE: A Dance With the Surface of Water; 2021.

A collaboration between hannah_g & Zoe Katsilerou.

Zoe Katsilerou (singer/composer) and hannah_g created a story and suite of songs about the mythical Louloudi birds. Beginning on the small Greek island that is home to the birds, the story takes you to a Cornish forest by the sea and the love and friendship of Bonjay and Nellie, and ends on the rooftops of Toronto for the most beautiful tennis game the world has seen.

Created and performed by Davis Plett. Edited by Gislina Patterson.

The performance took place in The Ugly, aceartinc., Winnipeg, Treaty One Territory.

A response by hannah_g

If I were a journalist, I might begin this piece so:

“Davis Plett (23) a petit blonde in pink two-piece with wide, gold, metal choker, black stilettos, and glasses, began their performance in the midst of a rapt audience. Seated in a large 1980’s office chair (emphasising their build), Plett operated an overhead projector/laptop hybrid in silence as acetate after acetate, and digital screen after screen of text and image rolled over the fabric of the old projection screen … ”

The visual description of the subject, once common in tabloids, directs the reader towards assumptions about intelligence, intention, personality, social standing, and availability. A female identified body in a public role was regarded as an available body. This still holds true. With simultaneously greater subtlety and absolute brazenness, female, and increasingly, male identified bodies, are still being overtly included in North American and European neo-liberal economies of sex, fantasy, commodity, personal branding, and power. Plett takes the brutish, vested language of the lowest-common-denominator-highest-yield-gaze and issues a layered and unflinching I would prefer not to. In a counter play to those directives issued by twenty-first century capitalism, Plett enacts increasingly productive complexity in a lexicon of courtesies and frankness that lays bare their rejection of manipulative classifications and decrees to consume and be consumable.

The details of Plett’s appearance and performance I listed are significant, but must go beyond a simple exercise. These details comprise meticulous elements of a meticulous work; meticulous in the way a person who has planned a murder is. In a sense, murder – an act of power and will to destroy another thing – and death are deeply present. Plett uses Shakespeare’s Hamlet as a force within the warrenous structure of their work, as well as a personal signifier. The play within a play strafes 805-4821 (not all men are men), but whereas this device was deployed by Hamlet to reveal his father’s murderer, Plett uses it to flush out that which seeks to murder their self with essentialist labels, expectations, abuse, or trauma.

Through confessional texts —  conversations, messages, self examination — Plett reveals and exposes their familial, romantic, platonic, and undefined relationships as a means of destroying, redeeming, and transcending. Tied in with sex, longing, and discovery, the texts are not all necessarily destructive. Listening to and reading them, it felt at times as if one were witnessing a staccatic series of petit morts, at others, the ecstasies of a mystic. Annihilating the self in order to experience divine revelations is a trope in spiritual journeys, after all. The mystic experiences a double release by disseminating revelations beyond the cloister, situating this as testimony.

On the tired, old, enormous projection screen we read line after line of text for 40 minutes. It is impossible to catch it all. The strange concoction of digital and analogue technology had a self-conscious nostalgia that was very contemporary, but not always legible. The overhead projector’s bulb was dim, Plett’s fingers, manipulating the acetate text, were fleet, making words, including final and first sentences, easily missable. The text — and therefore the act of reading it — was both dense and porous. Since one cannot be sure one has read the entire thing, the porousness and thus the absorbency of the text to hold perception, gap-filling, assumptions, and uncertainties is increased. We see the web but not all of its moorings. The sheer volume, the thickness of the experiences described, our experiences of them, intensified the density of an already dense piece of writing. A metaphor for the difficulty of comprehending another’s experience, perhaps. The lengths required to make that experience comprehensible. To make a person legible, regarded, understood, and not diminished by any of this. Instead becoming imprinted on every surface to counter violent hegemonies that kill.

Plett’s is a tangled revelation; they welcome the weeds and the roots and the intensity of being under the water of searching. Although they share all this with the audience and invite us in, the essential interiority of memory, emotion, relationships, and self-realisation remains intact, facilitated by the audience’s reading of Plett’s words pulled across the over head projector. The act of reading transfers the interiority to us, and we have both Plett’s and our own voice in our heads. It also positions Plett as a kind of handmaid. A secretarial handmaid.

Through careful use of clothing and props, Plett conjured a 1980s secretarial aesthetic: the Janine, the Tess McGill, the Nine-To-Fivers – women whose formidable attitudes are due to incredible latent powers expressed within and outside the office, amplified by flamboyant accessories, ozone destroying hair, and rapturous soundtracks.[1] However, these characters seek freedom and success within the savage capitalist structures that oppress them. Plett critically draws on this aesthetic, associated with mainstream ‘80s neoliberal storytelling, masterfully subverting it. Not least with the unexpected song they sing at the end of 805-4821 (not all men are men). Their vulnerable, unamplified, unaccompanied voice (which is somehow primed for the audience by their microwaving and eating of popcorn amongst us in a preceding scene) makes inescapable the body that is outside of, as well as inside of the texts. We are rapturously confronted with the realization that there is a body within those 80’s clothes, under that make up. That body is queerly present before us. That body can be invisible, disguised, revealed, heightened, subverted, inverted, converted, coveted according to their desires. We want to believe that.


I was working the double bill and was right at the back of The Ugly for both performances. I watched two audiences enter, mill, watch, mill again, and leave. People were quiet and, I think it fair to say, expectant. Of what? Of connection? Revelation? To receive a queer sacrament? Plett did speak in tongues, with tongue, a serpent’s seeking, and a human’s interior rearing. Transcending and immersing and rejecting the clinging, incendiary spectacle of a body that is silent and that speaks: a distinctly queer phenomenon. And yes, a sacred thing. The messy, uncomfortable kind.

Kristin Nelson (Canada) commissioned me and other artists to create new work using the sounds of winches as recorded in the Joan Sutherland Theatre at the Sydney Opera House by Sound Designer Emma Duggan during a Canada Council for the Arts International Residency at Artspace in Sydney, Australia. More info at her website here.

The album is currently available for $40 USD and was produced in an edition of 100. Cost includes shipping within Canada and the US.

The project was made possible by The Winnipeg Arts Council.

Available for purchase on this discogs page. You can also hear samples there.

Below is the text explaining my composition. 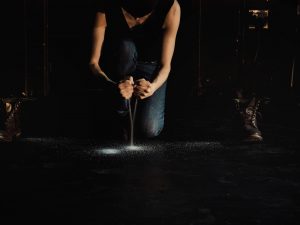 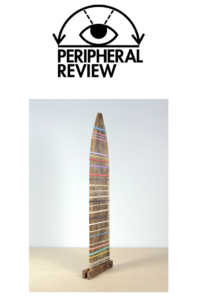 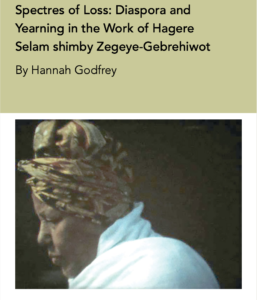 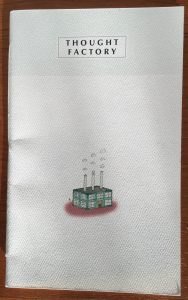 Where do thoughts come from?

A collaboration with Leslie Supnet. Published by Intercopy.

Published by Canadian indie press Intercopy, Thought Factory combines the whimsical micro-narratives of artist hannah_g with delicate, heartbreaking drawings by Leslie Supnet. The result is a surrealist look at creativity, postindustrial art, and the ineffability of ideas. (from Drawn & Quarterly) 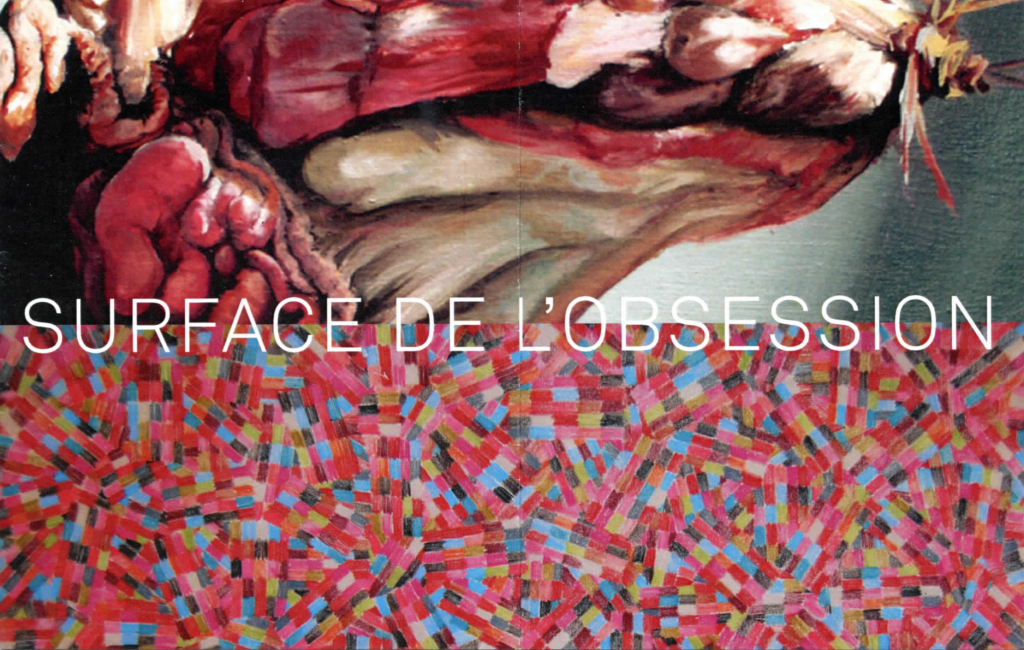